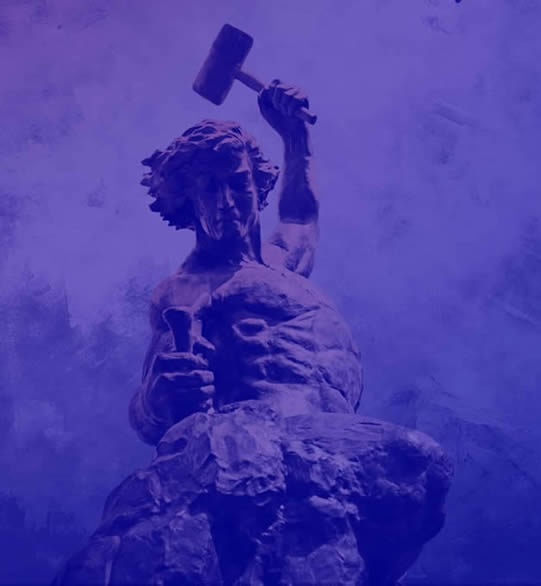 Adding a Printer to Unslung (CUPS)

A simple step-by-step procedure for adding a Printer to Unslung (CUPS). It is explained in simple terms and has lots of good information’s too. >>

Running a Jar File in JSP

Running a Jar File in JSP seems to be relatively simple using the Runtime class as: Look at the iPod in space, free floating inside one of NASA's Space Shuttle over the Gulf of Mexico. The Nokia 770 is an Internet tablet running Debian Linux on a 4.13" diagonal screen with a resolution of 800x480. It supports 802.11b and Bluetooth, using either to connect to the Internet. It sports a virtual keyboard, but will also include handwriting recognition. In addition to the Opera web browser, the 770 will also ship with a RSS news reader, an Internet radio, various media players, a PDF viewer, and Flash v6 compatibility. Think it supports all real latest technologies. >>

Meet iGuy the first bendable, posable friend for you and your iPod! Not only is iGuy fun, he's fully functional- offering great rubberized protection, docking capability, and screen protection for your iPod or iPod Photo. >>

Adobe Photoshop in a 3-D America Online today launched Netscape Browser 8.0, the first major update to its browser since Netscape 7.0 was released in 2002. Based on Mozilla Firefox, this latest release can render pages using either the Gecko or Internet Explorer layout engines. Other new features include Site Controls (per-site security settings), the MultiBar (a toolbar for personalised content), a new way of automatically filling in forms and a quick way of clearing private data like the browsing history. Unlike previous releases, Netscape Browser 8.0 is just a Web browser (no email application, newsgroups client or Web page editor), though it does include an integrated AOL Instant Messenger and ICQ client. >>


iDiddy solves the problem of hand carrying our iPod and having to untagle our earbud wires. It's fashinable design is worn around the neck. Our earbuds are always convienent and tangle free. >>

Installing Fedora Core on the Mac mini, seems to be very simple with this tutorial by Colin Charles from. >>

Watch the Dell Tech Force Movie to check out the alligience of PC megacorps who try to take on the future??!. >>

Xopus, a browser based XML editor is completely written in javascript and relies on the MSXML ActiveX component and is therefore not working with FireFox and Opera. It offers different views for editing the xml but the main feature is the WYSIWYG XML editor. This is provided by on-the-fly transformation of the xml using an xml specific xml stylesheet. Besides text it is also possible to include other content like images or multimedia. >> Google Personalized Homepage, allows us to customize our Google home page with Gmail, Stock Market , BBC News, Google News , Weather , Wired News , Slashdot , Movies, Driving Directions and lots of things to personalize the google to our taste and it's still in beta. http://www.google.com/ig

Google Desktop Search for Enterprise helps you easily manage the ever-growing mountain of information located on your computers and includes key standards-based administrator features that provide enhanced security, centralized configuration and easy company-wide deployment. The new enterprise edition features are a big deal for IT administrators:

Here are a few dozen things you can do with your iPod besides listen to music. It sounds quite interesting and useful too. >> Found an interesting tutorial on Overview of UML from IBM Rational Software. It briefs about software modeling, model-driven development, MDA, UML requirements, philosophy, and structure. Highly recommended for beginners and explained in simple terms. You can download the .ppt file from HERE!.

Dodgeball was acquired by Google

Dodgeball is a new service which can tell you which of your friends are within a ten block radius of where you are. On May 11th dodgeball.com was acquired by Google. Once you’ve signed up and registered your cellphone number with them, it only works in NYC, Boston, LA, Philadelphia, and San Francisco. Now Dodgeball is in right hands and going to be spread all over the world by the power of Google. >> Using Skins in Swing Applications is relatively simple, I have tried lots of skins and it’s quite interesting to change the Look and Feel. Look at a sample application with customized skin and default swing skin.

Google Content Blocker effectively blocks all Web site content, leaving only the advertisements. After we install. When it find a site that has content, it will block that content so we see only the ads. It all happens automatically. >>

As Windows celebrates its 20th anniversary, it conducts a Windows PC Design Competition for students, developer to win $125,000USD. For those, who fell [like me] windows is buggy; why not try to change that. If you are a MS guy, it’s definitely for you and entry starts from May 18th. >> My friend Prashanth, pointed me to this very cool interesting ASCII Matrix. We can also increase the frame rate as needed. >> Apple just released iTunes 4.8 for both Mac OS X and Windows. According to the brief release notes, version 4.8 includes new Music Store features and support for transferring contacts and calendars from our computer to our iPod.

iTunes 4.8 also adds new video features, including the ability to drag and drop movie clips from your computer into the iTunes Library for easy cataloging and organization. Clips appear with a new movie camera icon in your library. >>

Google have launched Blogger Mobile. All we need to do to use it is send an email or MMS from our phone to go@blogger.com - and that's it. They automatically create our blog, and whatever text or photos (or both) we send in the message becomes our post. Hey, that's really GREAT Google!! >>

Google.org is the philanthropic arm of Google. It is currently working on staffing as well as defining the goals, priorities, and principles of Google.org. I think it will used for some social focused purpose. >> Apple has not included Internet Explorer in OS X Tiger. Microsoft has discontinued the browser since most Mac users have switched to Safari, and now presumably Apple has decided that IE is so out of date that it’s not worth including. Also, IE for Mac hasn’t been patched in months. >> After my Google Interview, I have received lots of wishes from number of persons, but I am really PROUD and HIGHLY HONORED :) to receive wishes from Mr. Marc Cenedella, President & CEO of TheLadders.com, one of only 3 firms with 5 partners named to the Forbes Midas 100. TheLadders.com, has more than 180,000 subscribed readers and send out over 3,000 $100K+ jobs in

Their newsletter is very interesting and packed with insider tips on interviewing, networking and resume writing. It’s really worth registering for the TheLadders.com Newsletter.

He is also previously SVP, Finance & Operations at HotJobs.com, which he sold to Yahoo! last spring for $436 mm and M.B.A. with High Distinction from Harvard Business School, where he was named a Baker Scholar [WOoooooW].

Mr. Marc Cenedella, blogged about me and wished for my Google Interview stating:

....I think this guy REALLY deserves a job at Google, and once he's a bigwig there, I'll gladly come over to have some Lamb Vindaloo with him!! ... Good luck Balakumar! ....

It gets me GREAT pleasure :) to get blessed by BIG Think Heads like you :). Thank you Sir. Google Web Accelerator, helps to load web pages faster. It is designed for Broadband Web pages load even more quickly on DSL and cable connections. Works on IE 5.5+ and Firefox 1.0. The beta version is available for users in North America and Europe. Think we too will get it soon. >> iDog from Sega a cute looking virtual pet. When plugged to iPod, it starts dancing and doing a light show and moving his ears in time to the music. It's mood changes depending on how we interact with. It look so COOL!!. >>

Where do He Want To Crash Today?!!


I don’t why all the people, always link Crash and Windows?, I strongly feel any kind of system, whether it’s computer system or human system will have a crash. We must ready accept the crash and the system my ready to recover :).

Soldiers in Baghdad with iPod and iBook!!

Think what keeps the Soldiers Cool in Baghdad :). Look at the ipod, ibook G4 along with various weapons they carry in the field like K-MP5,AK47, and M4 Carbine. >> Want to look at the whole part of StarWars? have a look at the Asciimation Java Applet. It's really a cool and very hard try and whoever did it, hatsoff to you man. Click on the applet for faster refresh for the action. >>

Creating Accesskeys or Short-cuts for Websites!!

Accesskeys allows us to navigate our website without a mouse, using keyboard shortcuts to our menus. It is accessed using alt+accesskey in windows or ctrl+accesskey in Mac. It works well in Firefox and IE, hope it must work fine with other browsers too. Creating Accesskey is simple using "accesskey" attribute as follows:

Now add the following styles in the tag:

The final result would be:

Hope it is useful for beginner level. Got any other ideas just drop in your comments. The Browster plugin provides an instant preview window which saves you time when you search. It works with Google, Yahoo, etc., to speed up the search with its preview. >> Adobe Reader for Symbian OS software lets you to view Adobe PDF files on Nokia 6680 Smartphones and, Nokia Communicator 9500 series. We can download Adobe PDF files to your Symbian device from the Internet, as e-mail attachments, or from our desktop. >>
top