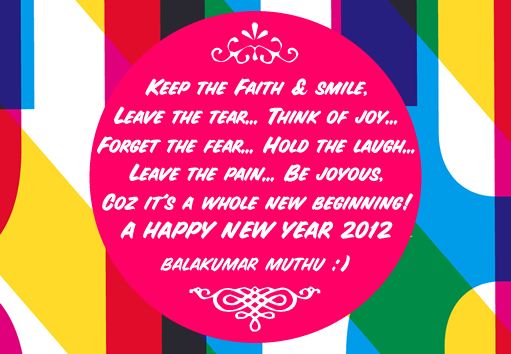 I wish you and your Family a very Happy New Year.
cheers
Balakumar Muthu